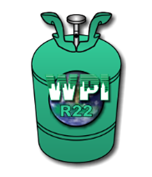 HCFCs and the Ozone Layer

The stratospheric ozone layer shields the Earth from the sun’s harmful ultraviolet radiation.  Emissions of certain synthetic chemicals – including CFCs, halons, and HCFCs (R-22) – destroy the ozone layer, and have created an “ozone hole” over the South Pole.

Through the Montreal Protocol on Substances that Deplete the Ozone Layer, the United States committed to a collaborative, international effort to regulate and phase out ozone-depleting substances. While the US phased out of CFCs and halons in the mid 90’s, we now must first limit HCFC consumption to a specific level and then reduce it in a step-wise fashion.